Alistair Carmichael MP for the Northern Isles today addressed a round table event on providing rural communities with super fast broadband. Also in attendance were Mims Davies MP, the Parliamentary Private Secretary to Matt Hancock, the Minister for the Digital Economy, the Federation of Small Businesses and several alternative digital infrastructure providers. 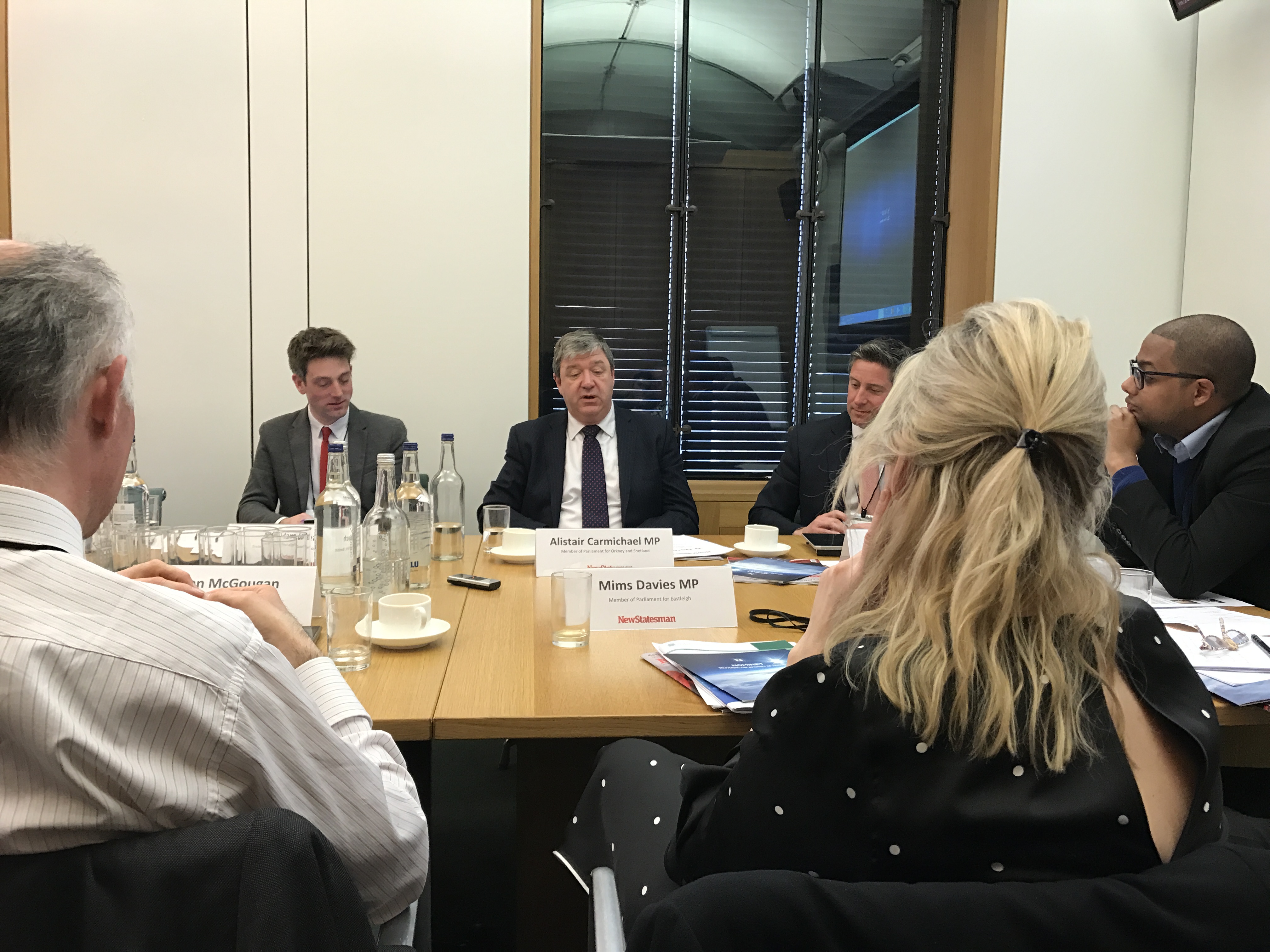 "BT and fibre cables cannot be the only option in ensuring digital connectivity reaches all communities. The Government's historic approach of rolling out to large conurbations and leaving the tricky areas till last has let down the isles on mobile signal, 4G, broadband, and risks doing the same again with super-fast.

"We need to stop looking at the country as a single whole and start getting solutions that work for each of the communities. Constituents don't care if it's fibre or bandwidth or satellite or however it is provided, they care that it works. Other options such as using television white space need to be given their place. BT and the other big corporates must not be allowed to squeeze out the other smaller solutions.

"Many good suggestions came from the alternative digital providers around their use of bandwidth freed up by the TV change from analogue to digital, which I hope ministers in government will get this message as they tackle the challenge of meeting those communities who are otherwise left behind.”