Orkney is comprised of approximately seventy islands and skerries, with up to 20 of those inhabited. Most of the 21,000 strong population live on the largest island, the mainland, though many of the inner and outer islands of Orkney also support thriving communities, each with its own distinct identity.

The Orkney capital Kirkwall - officially a city and Royal Burgh - is home to around 9,000 people, while some 2,000 live in the picturesque harbour town of Stromness, in Orkney's west mainland.

Orkney also supports a thriving farming sector, with production of beef cattle being the primary focus. Sheep and dairy farming are also key activities, with the bulk of locally produced milk being used by the islands’ cheese and ice-cream makers. The seas around Orkney sustain a small but key fisheries and aquaculture industry.

Shetland is comprised of about three hundred islands and skerries, of which 16 are inhabited. Lerwick, the capital and largest settlement, has a population of 6,958 and the total population in Shetland is 23,167 people .

The main revenue producers in Shetland are agriculture, aquaculture, fishing, renewable energy, the petroleum industry, the creative industries and tourism.

Fishing remains central to the islands' economy. Farming is mostly concerned with the raising of Shetland Sheep, known for their unusually fine wool. Crofting is still practiced and is viewed as a key Shetland tradition as well as an important source of income. 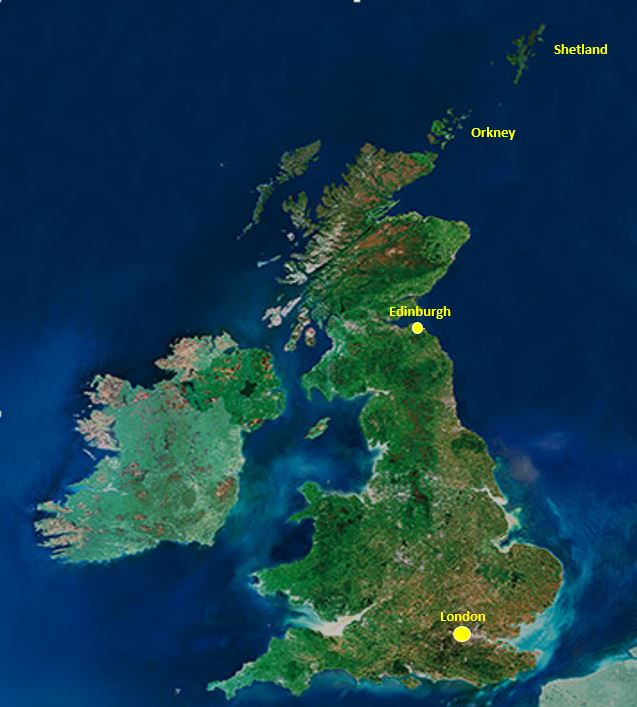